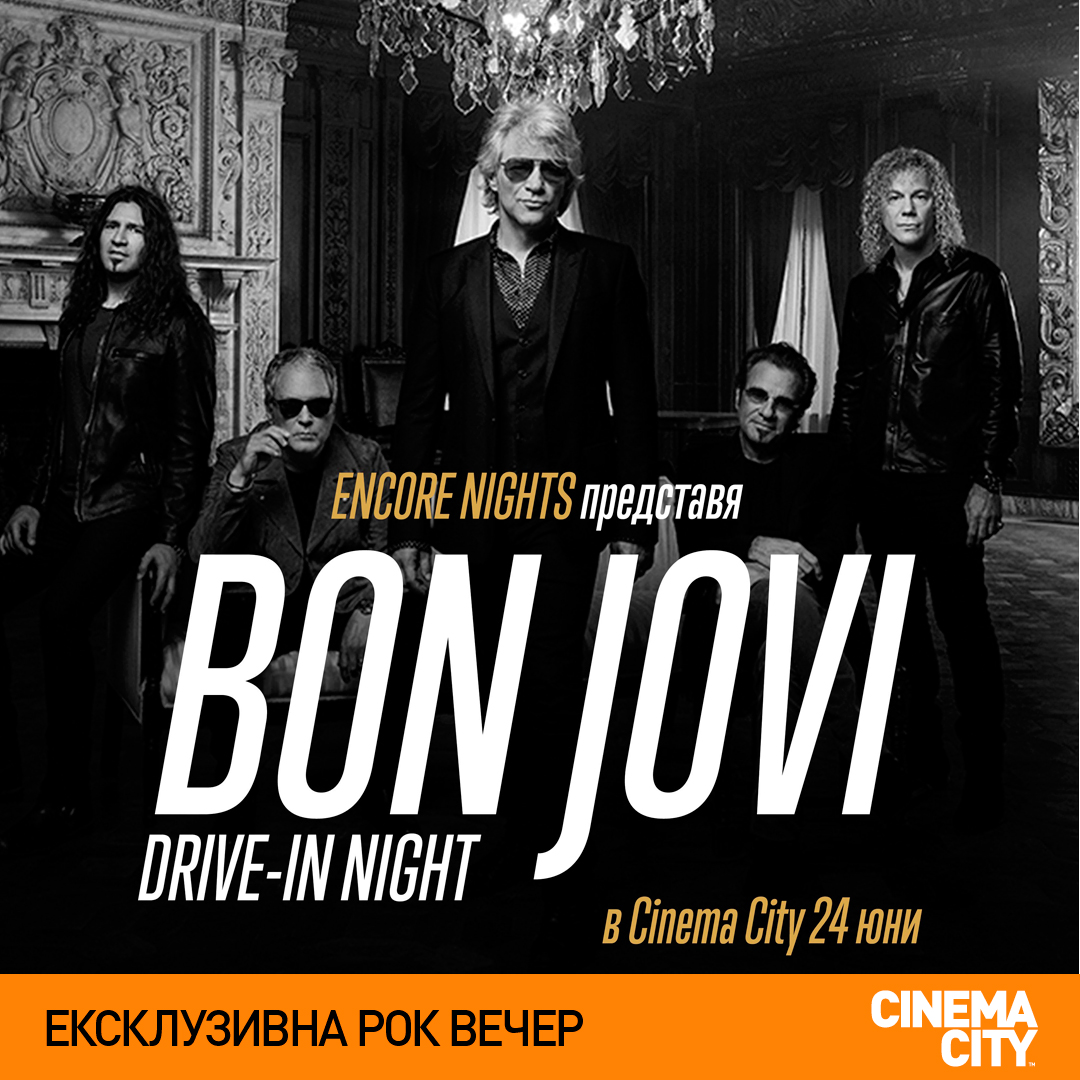 Rock & Roll Hall of Fame band Bon Jovi hits big screens worldwide with an exclusive brand-new, full concert length show. The never-before-seen concert is being recorded live in New Jersey and will be broadcast into cinemas around the world. Over an illustrious career spanning more than three decades since their formation in 1983, Bon Jovi has earned their place among global rock royalty and was inducted into the Rock & Roll Hall of Fame as well as the Songwriters Hall of Fame. With over 130 million albums sold worldwide, an extensive catalog of hit anthems, thousands of concerts performed in more than 50 countries for more than 35 million fans, and ticket grosses well over $1 billion around the world in the last decade alone, Bon Jovi is the consummate rock & roll band.

Tickets already on sale at cinemacity.bg and at each box office of Cinema City complexes around Bulgaria.